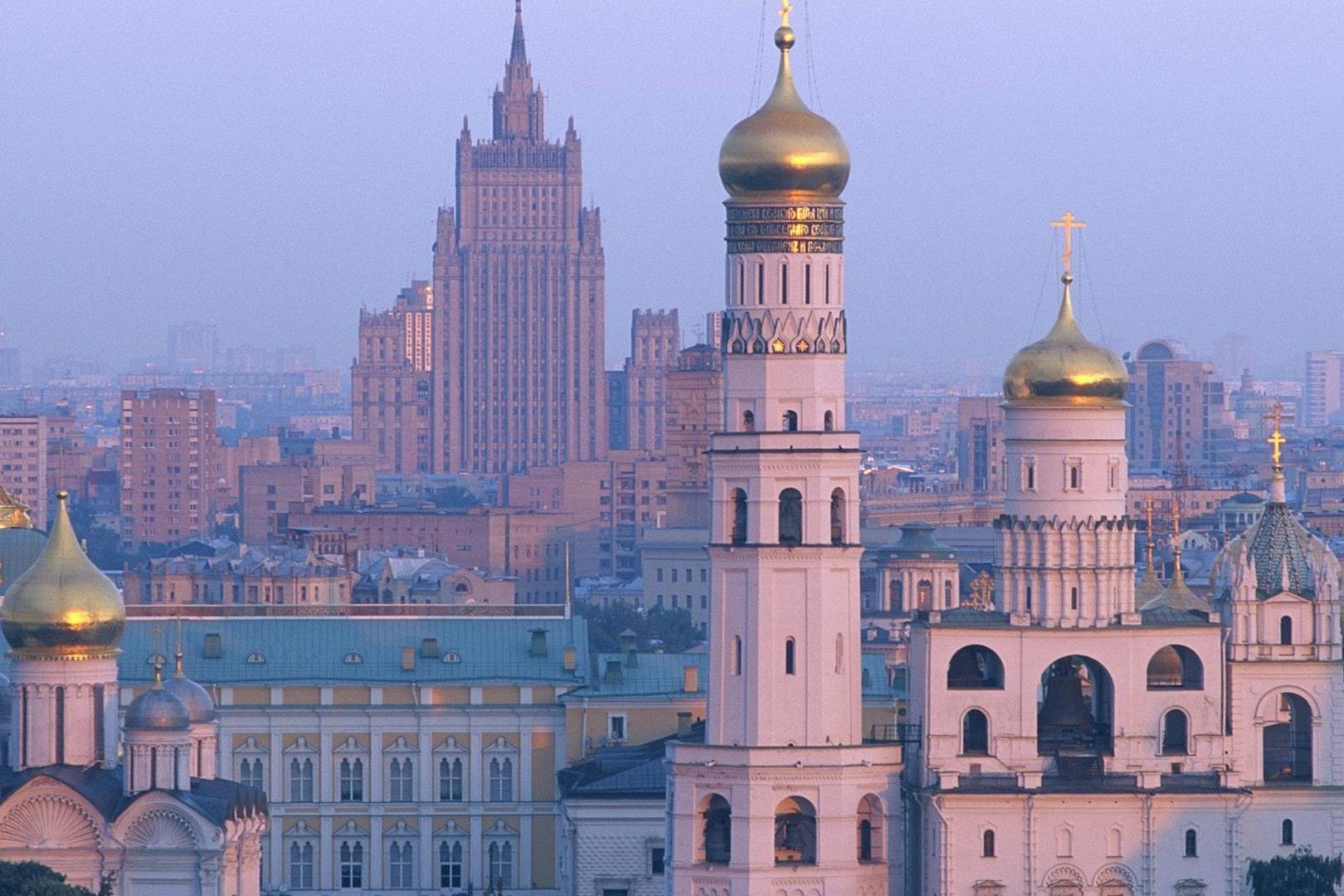 Kremlin territory and Cathedrals: The territory of the Moscow Kremlin is a place of high historical and cultural value, where architectural monuments of the 14th to 20th centuries are situated.

The center of the Moscow Kremlin is occupied by the main and most ancient square of the city - the Cathedral Square, which still retains its original form—a unique complex of masterpieces of medieval architecture. Having been founded in the early 14th century, the Cathedral Square saw the construction, destruction and rebuilding of churches and chambers, witnessed all the perturbations within the history of the Russian State. Nowadays the architectural ensemble of the Cathedral Square consists of the Assumption, Archangel and Annunciation cathedrals, the Church of Laying Our Lady's Holy Robe, the Patriarch's Palace, the Faceted Chamber, Golden Tsarina's Chamber, the churches of the Terem Palace and the Ivan the Great Bell-Tower complex. 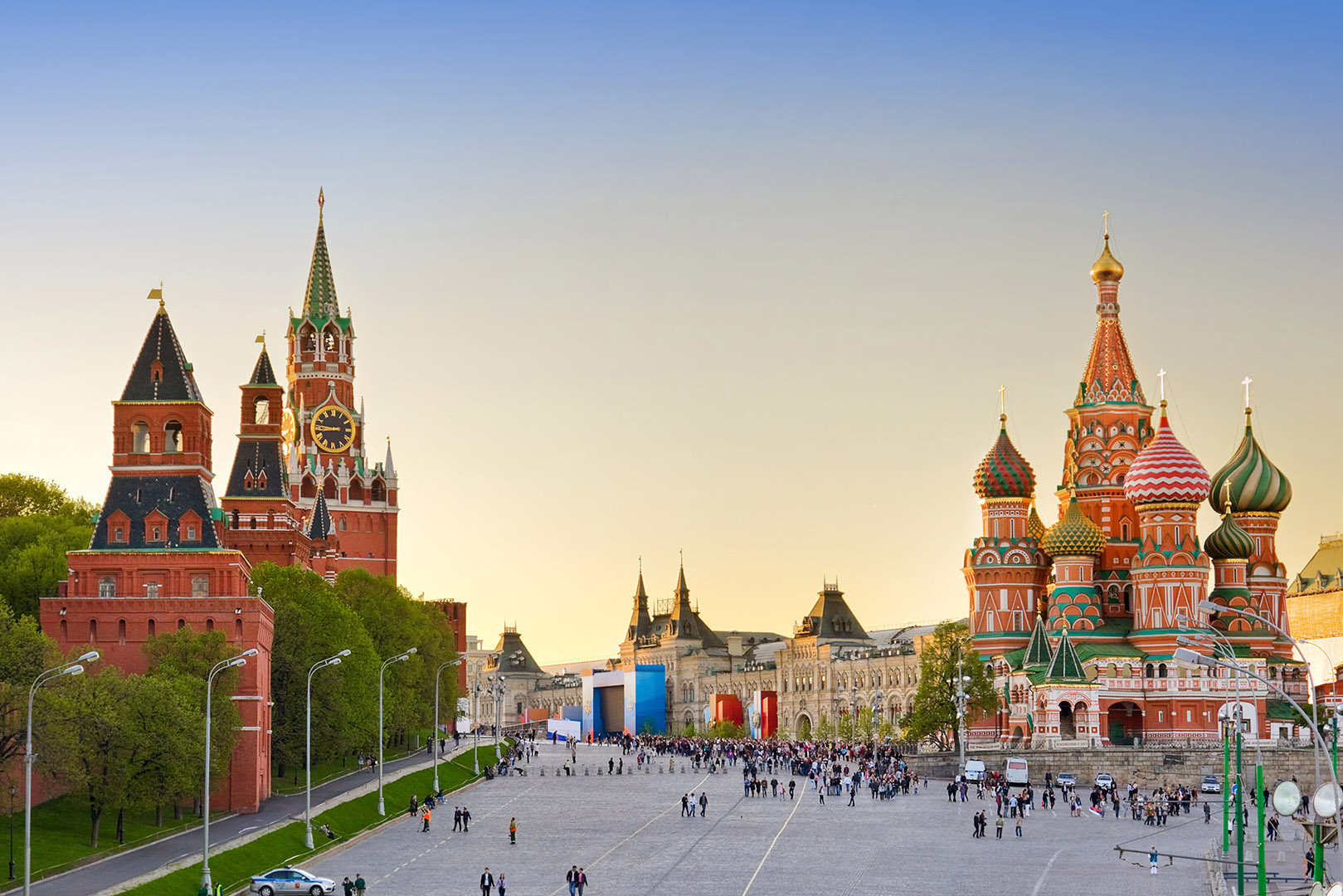 Kremlin territory and Cathedrals: The territory of the Moscow Kremlin is a place of high historical and cultural value, where architectural monuments of the 14th to 20th centuries are situated.

The center of the Moscow Kremlin is occupied by the main and most ancient square of the city - the Cathedral Square, which still retains its original form—a unique complex of masterpieces of medieval architecture. 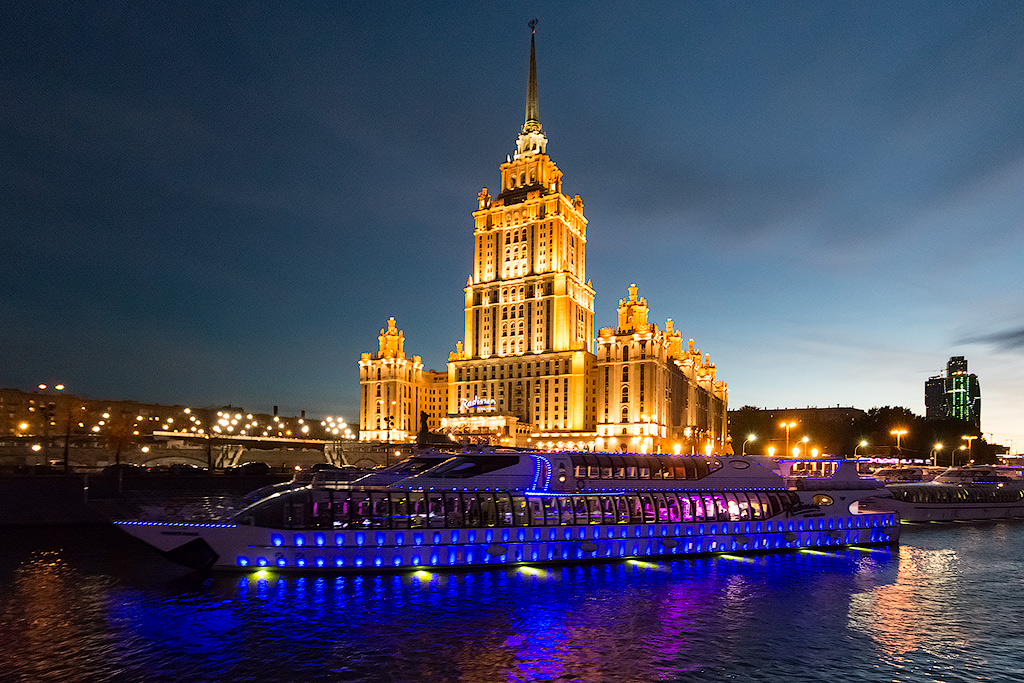 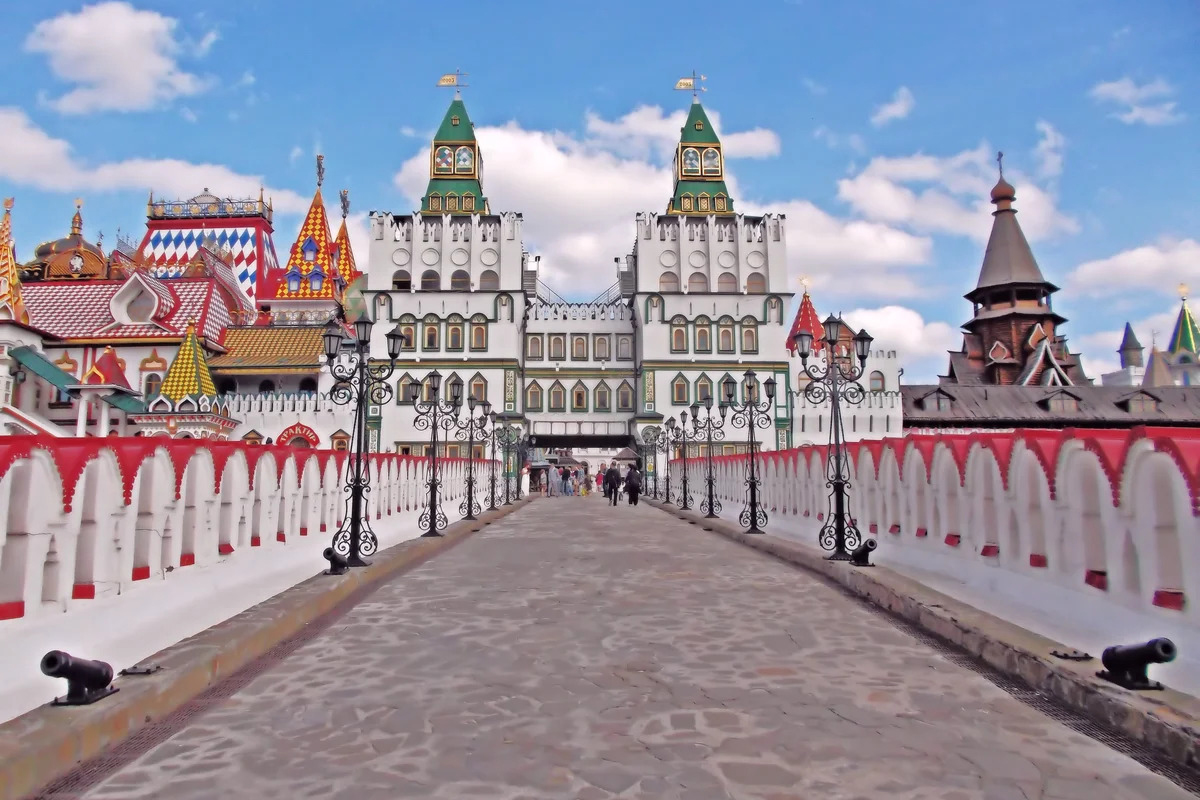 Izmailovo Kremlin is known not only in the cities of Russia, but also outside the country. Cultural complex and are located on its territory "Izmailovo Vernissage" - places recommended for visiting European tourists.

"Izmailovo Vernissage" and the cultural complex of workshops are introduced to the craft, and the marvelous architectural appearance of the Kremlin - with a term such as "architecture".

Museum of Russian vodka history - Visit this museum, you will learn about the technology of vodka preparation process, the main components of the most famous Russian drink, hear the fascinating story about how vodka influence the course of important historical events in Russia. The guide will tell about the personal preferences of alcoholic representatives of the Russian Imperial House, and the emergence of modern vodka traditions. Afterwards, you’ll be able to taste this traditional Russian drink. 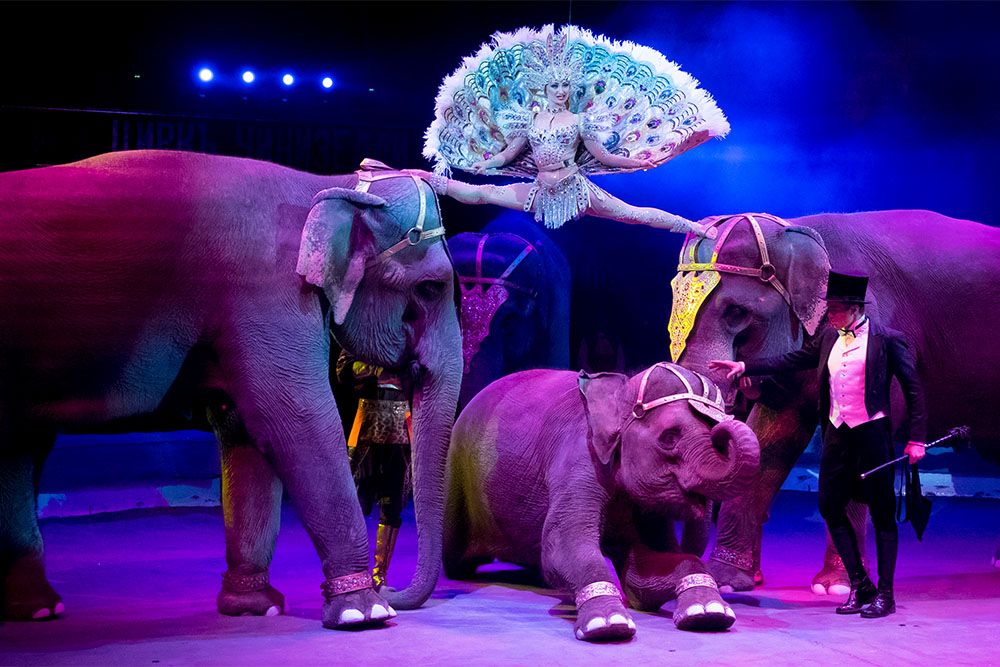 Although there are actually two Moscow circuses, Circus Nikulin—the "Old Circus" on Tsvetnoi Boulevard—and the Bolshoi Circus, on Vernadsky Avenue, the title "Moscow Circus" was originally a generic title for the Soviet circus troupes that traveled abroad, in shows produced by the Soviet central circus organization, SoyuzGosTsirk.

The Moscow Circus did its first western tour in 1956, debuting in February at the Cirque Royal in Brussels, Belgium. The next stage was the Palais des Sports in Paris, which became a main venue for its European tours over the years. To the Western audiences, the Moscow Circus was a revelation: the secretive Soviet Union disclosed to the world how the circus has evolved both technically and artistically in their country, notably since the opening of the groundbreaking Moscow's State College for Circus and Variety Arts in 1927, the world's first circus university.

The fall of the Soviet Union in 1991 saw an exodus of Russian circus artists, who settled all over the world—and even those who stayed in Russia began working independently. Although SoyuzGosTsirk, which had changed changed its name to RosGosTsirk, tried to revive the tours of the Moscow Circus, the economics had changed, and it had become difficult to support the huge traveling troupes of 60 to 100 persons that made the old Moscow Circus shows in the Soviet era. Beside, many top Russian acts could be seen in the West, in other circuses and variety shows. 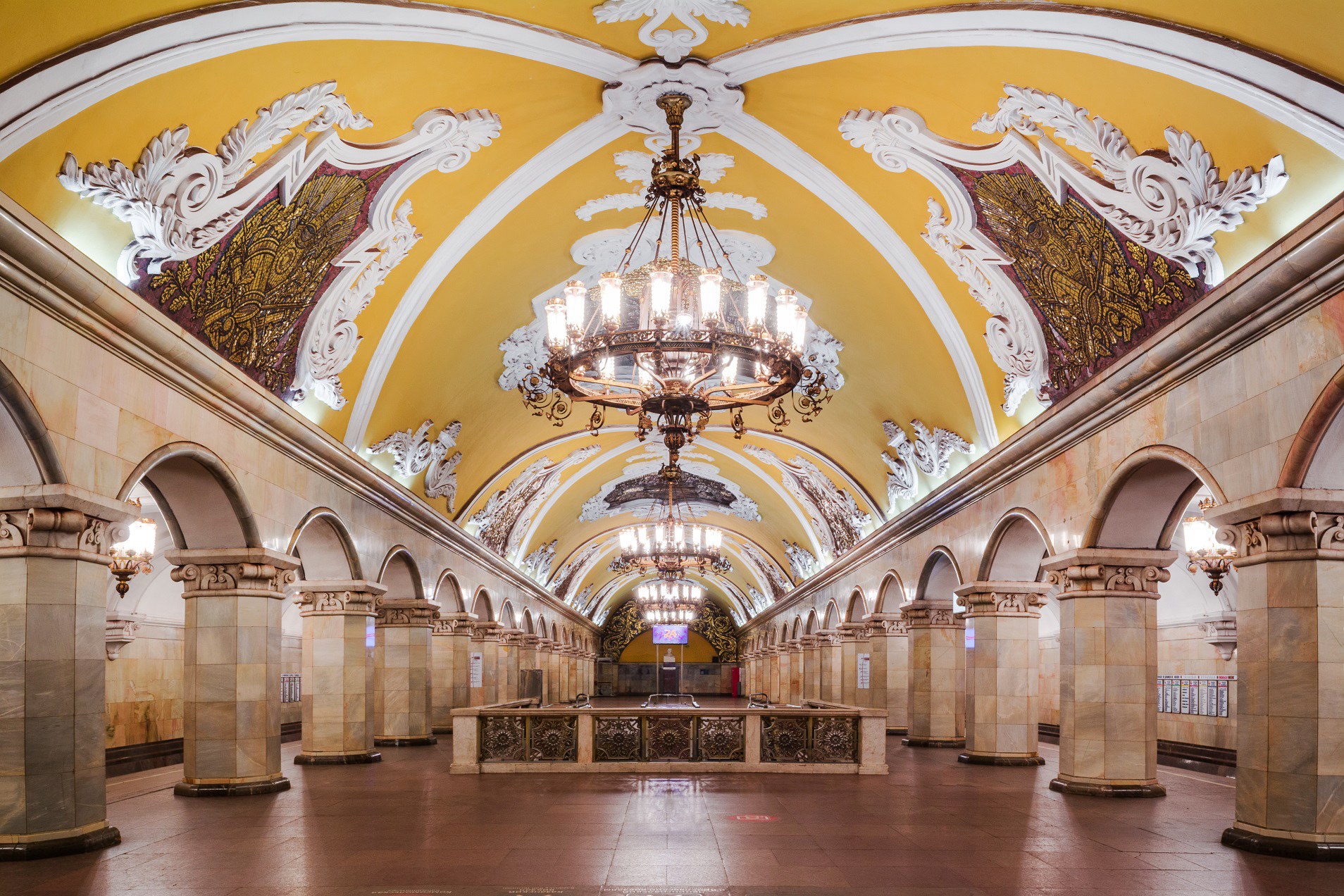 Experience Moscow Metro Tour and discover why our subway is recognized as the most beautiful in the world!


"They used to have palaces for kings, we are going to build palaces for the people!" said one of the main architects of the Soviet subway.

You will see the most beautiful metro stations in Moscow built under Stalin: Komsomolskaya, Revolution square, Novoslobodskaya, Mayakovskaya. Our guide will tell fascinating stories and secrets hidden underground, urban legends and funny stories.

Continue with stroll down Arbat Street, now an extensive and enthralling pedestrian walkway, filled with interesting shops and restaurants. 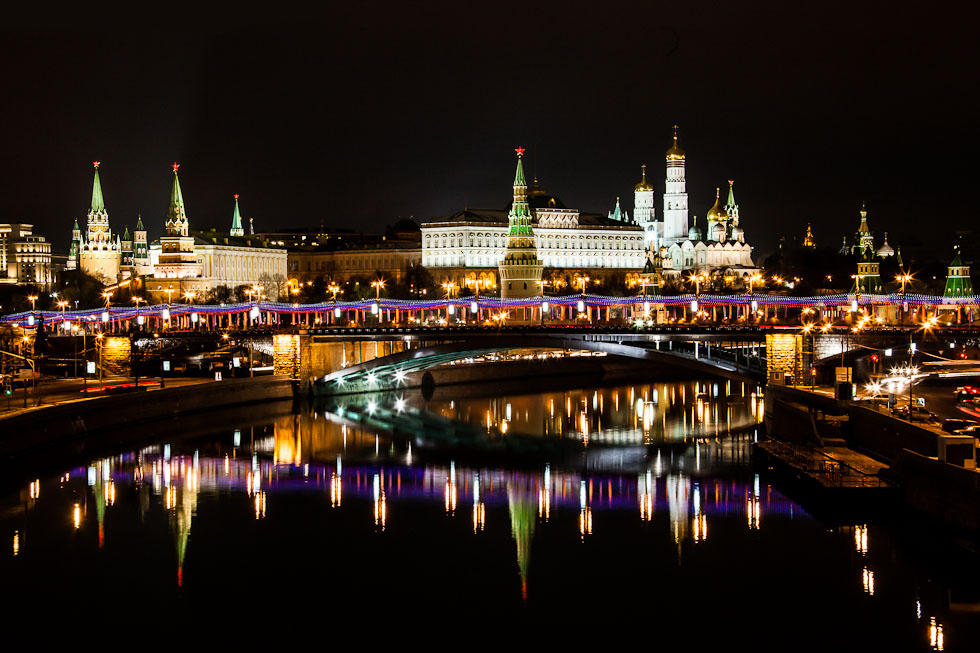 Exploring night Moscow means to find yourself in totally different city! Monuments become more spellbinding and the streets with nightclubs, bars and cafes are lively and ready to meet you. Feel the amazing atmosphere of night city and make sure that Moscow never sleeps.

A wonderful excursion begins with perhaps the most famous places in the whole Moscow - Red Square, located at the north-eastern wall of the Kremlin. At night Red Square stuns with its magnificent illuminations. Solemn and austere in daylight, it looks elegant and festive in the glow of night lights. Our path lies to the Patriarch's Ponds than. There is a beautiful view of the night Red Square, The Cathedral of Christ the Savior and the monument to Peter the Great at this point. Next place that deserves special attention are the Sparrow Hills. There is a unique view on Moscow at night with bird's-eye view from this place - at least 85 meters over of the Moscow-River. Looking at the capital full of illumination, lit by millions of lights, stretching out at the feet, you feel on top of the world. From this point of Moscow you can see the erecting buildings of Financial Center Moscow-City by projects of English architect Norman Foster. All of Stalin's skyscrapers, erected in the mid 50-ies by the orders of Stalin are visible from the top of Sparrow Hills, including Moscow State University, Yael and Jay Zif at Moscow State University known for its night laser lights. Each skyscraper has a unique lighting. Family photo at Novodevichy Pond during Moscow by Night tour. Our guests are particularly impressed by the panorama of Novodevichy Convent. This magnificent example of the Orthodox women's monastery was founded in 1524 by Prince Vasily III. Night walk along the pond will fully appreciate the beauty of the Novodevichy convent at night. Rising above the dark surface of the water, it seems to be full of shining, light and peace. The lights of the five-headed Smolensky Cathedral and the monumental bell tower of the monastery illuminate the dark sky solemnly, cutting through the darkness and giving hope.

Three hours driving and walking tour ends in Victory Park on Kutuzov Avenue with a stop near the Arch of Triumph. Victory Park was opened in Moscow in 1995 and is coincided to 50 years of victory over the fascist invaders. The original nighttime illumination of Victory Monument will not leave any spectator indifferent. Excellent coverage of the Arch of Triumph on Kutuzov Avenue, built in honor of the victory over Napoleon in 1812, will complement this impression.

The tour will introduce to you such streets and squares as Tverskaya and New Arbat streets, Pushkinskaya Square, Gagarin’s Square, Lubyanka Square, and October Square. Also you will see such famous buildings in the night illumination, as White House, Former KGB, Stalin’s Skyscrapers, Old building of French Embassy, Bolshoy Theater and many others. 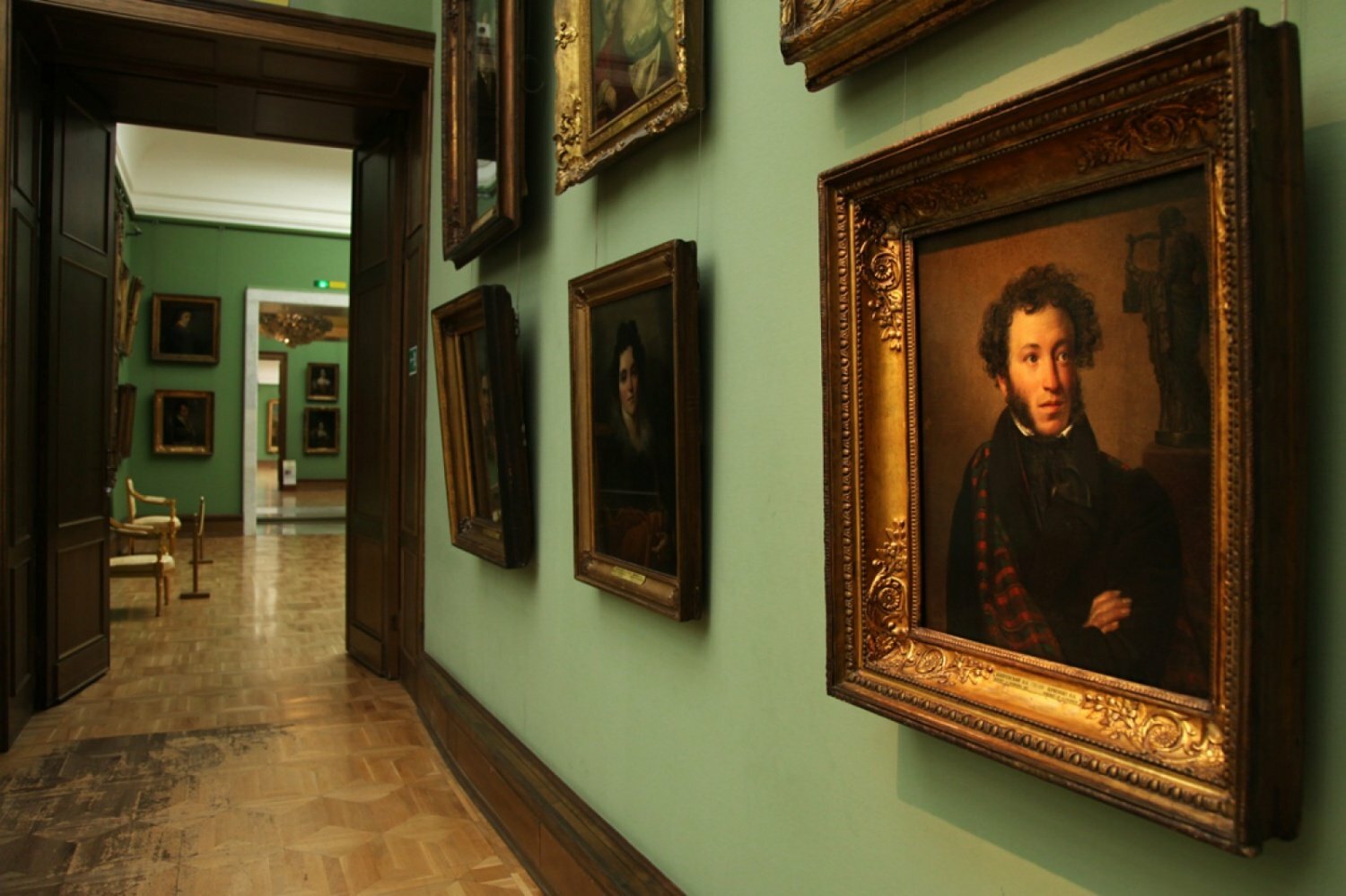 Excursion to the Tretyakov Gallery and Cathedral of Christ the Savior
(Half day, 5h)

The State Tretyakov Gallery in Moscow is one of the largest museums in Russia with over 100 000 works of art - icons, paintings, graphics and sculpture - spanning the entire history of Russian art. Its collection of Russian realism from the second half of the 19th century is the best in the country.

The Gallery collection was started by Pavel Tretyakov, the owner of a successful textile firm, and became famous from the minute it was opened to the public in 1870. After Tretyakov's death the gallery's collection grew rapidly, especially after the October Revolution when museum collections were privatised: art was bought, donated or "transferred" from other museums, private collections, cathedrals and monasteries. The latest part of the collection, dating from 1950 - 1990, opened recently, on 25th May 2000.

Later on excursion to Cathedral of Christ the Saviour: one of the most imposing and controversial buildings in Russia, the resurrected Cathedral of Christ the Saviour has had a short but turbulent history. It was originally commissioned after the defeat of Napoleon, but work did not begin on its construction until 1839. Designed by the great St. Petersburg architect Konstantin Ton, who was also responsible for the Grand Kremlin Palace and the Kremlin Armoury and whose church designs pioneered the Byzantine-revival style, the cathedral was erected, for maximum effect, on the embankment only a few minutes' walk from the Kremlin. Sadly, this entailed the destruction of the medieval Alekseevskiy Convent, a course of events which lends an intriguing irony to the cathedral's own fate.